A former national gymnast of Singapore between 1999 and 2007, Miss Cherrie is the founder and head coach at Releve RG Academy, and also head coach at CHIJ St Nicholas Girls’ School. She has presented numerous gymnasts at local and international competitions, and her students have achieved outstanding results at these meets! . A former national gymnast of the Malaysian National Team, Jaime has been to many international competitions such as the Grand Prix and World Championships. She was a gold medallist at the 2007 SEA Games and 4th at the Asian Games 2006. With her track record in RG and her extensive coaching experience, Coach Jaime is an exciting addition to our team! 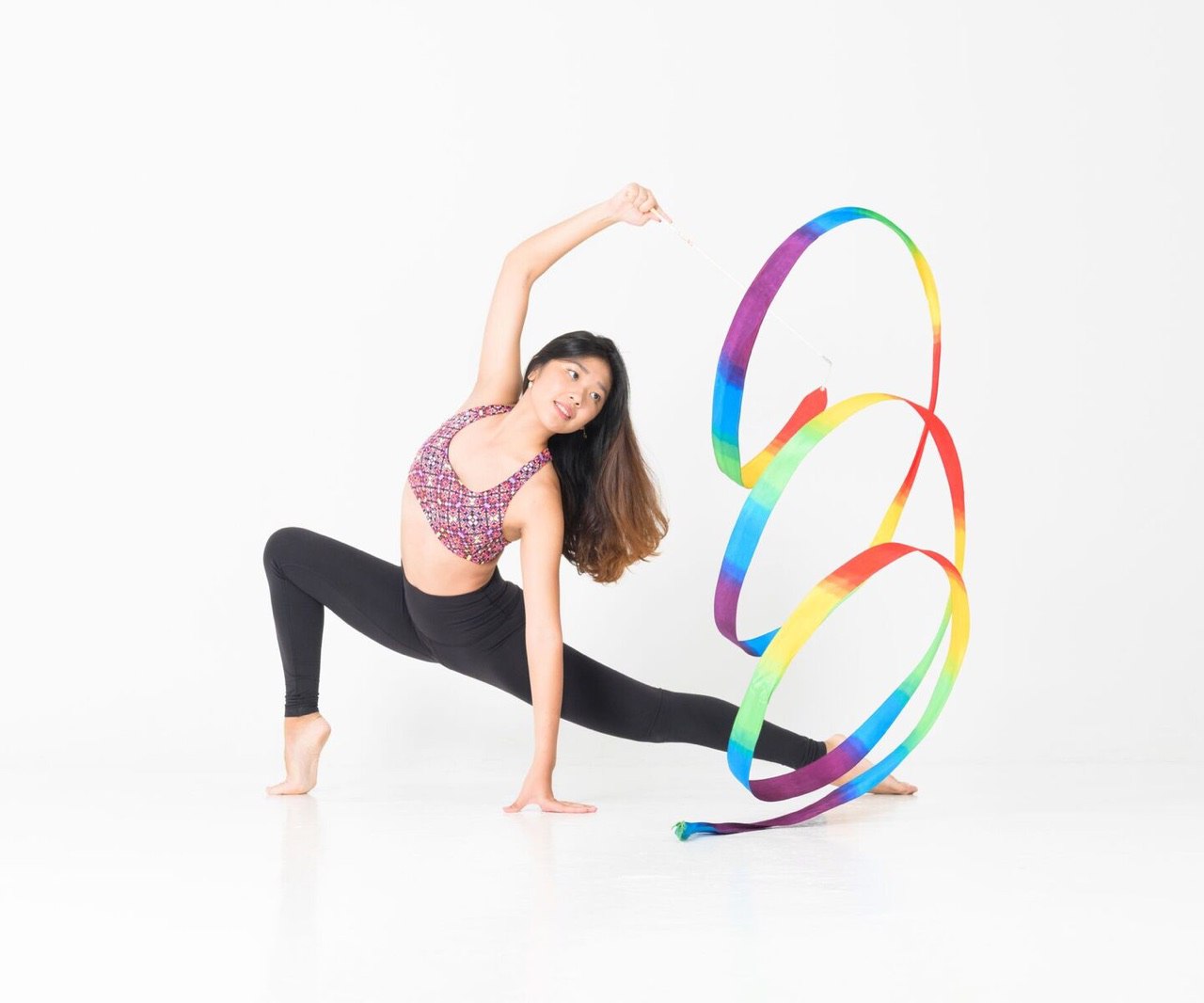 Miss Yilin was a former national team gymnast from 2005 to 2014, representing Singapore in numerous international competitions in particular, the Youth Olympic Games 2010, 2011 SEA Games in Palembang, 2011 World Cup in Portugal and 2014 Commonwealth Games. She has been a coach with Releve since 2014 and has presented girls at both National and International Competitions. Robbie was a national gymnast from 2008 to 2014 representing CHIJ St Nicholas Girls’ School in the National School Games and Singapore Open championships. She was the Individual All-Around Gold medallist in the Level 2 (2009), Level 4 (2012), and Level 5 (2014) Events and was under the guidance of Miss Cherrie Kwek. Robbie has been coaching with Releve since 2016, and our little ones have blossomed under her! Kai Lin was a rhythmic gymnast from 2008 to 2018. She most recently trained with the Singapore Gymnastics National team in 2016. Her passion in Rhythmic Gymnastics took her to Japan, Australia, Azerbaijan, as well as Hong Kong. She has competed both locally and Internationally and was Individual All Around Champion for MOE National Interschools Level 4 (2015), Level 5 (2016) as well as Individual All Around Champion for Spore Open & Nationals Level 4 (2014) and Level 5 (2016), 4 Gold medallist Spore Open Level 6 (2016), 4 Gold Medalist Nationals Level 7 (2017) under the guidance of Miss Cherrie Kwek. She has been coaching with Releve since 2015 and has shown great potential in coaching the girls. Kai Lin is also an experienced dancer in ballet and contemporary. Cheryl was a national rhythmic gymnast representing her school from 2005 to 2012. She took part in local competitions such as the National School Games and Singapore Open Championships in both group and individual events. Her dedication and hard work in the sport has won her several medals, with her most recent accomplishment in the 2012 National School Games where she was the Individual All Around runner up. As an athlete, Cheryl also took part in overseas training camps in Kuala Lumpur. Cheryl has been coaching with Releve since 2015 and is well liked by her students. She also has coaching experience in MOE and International schools.